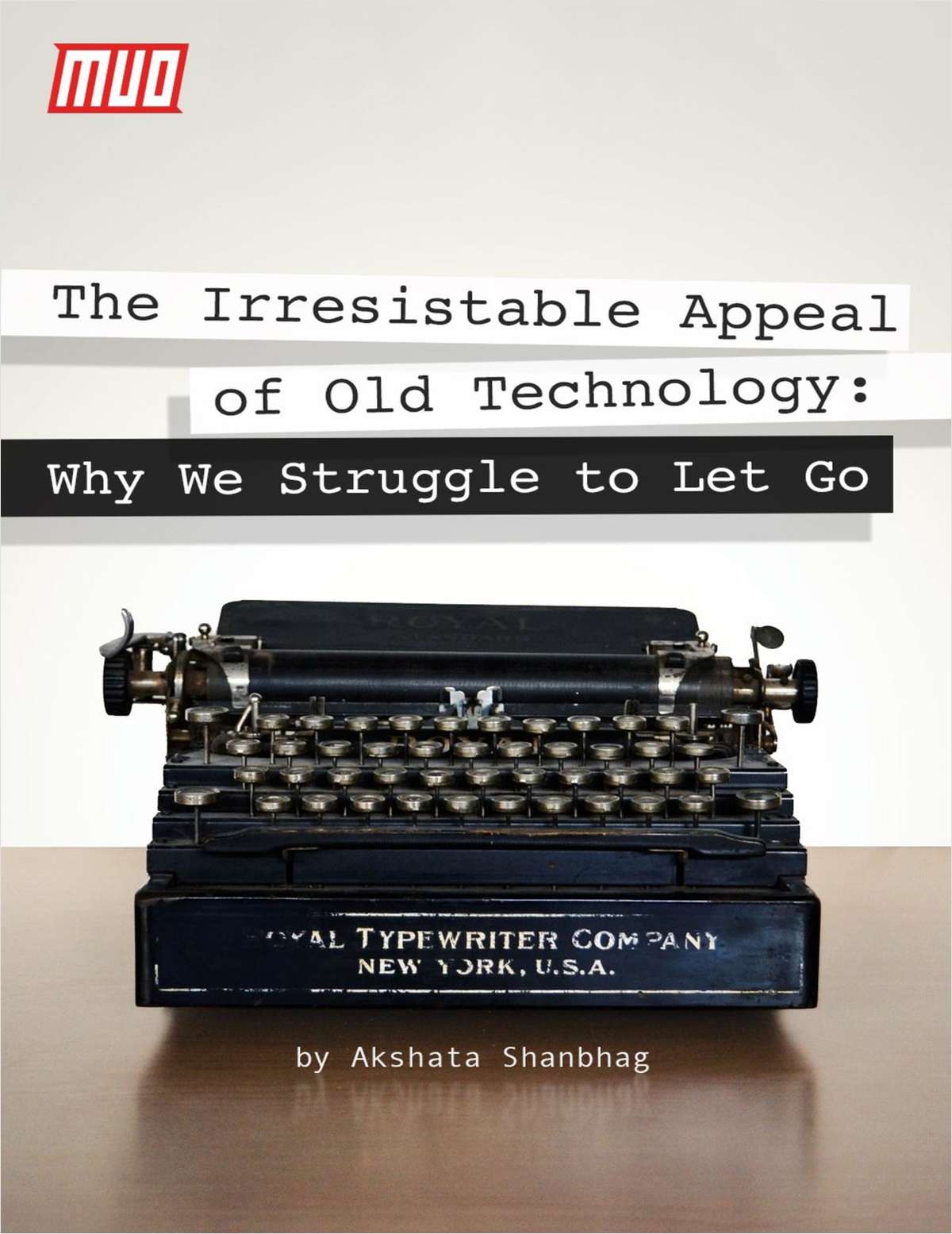 "The Irresistible Appeal of Old Technology: Why We Struggle to Let Go"

By downloading this free guide, you agree to receive regular updates on the latest cool apps, product reviews, and giveaways from MakeUseOf.

We thought that in 2016 floppy disks would be obsolete. Black plastic squares with pathetically low storage by today’s standards. By now, they should only serve us as coasters, shoulder bags, and planters. We were wrong because the U.S. nuclear weapons force still uses floppy disks to store data. Why? Most likely because of the logistics involved in upgrading to modern technologies in such an intricate and critical setup. That’s understandable, even if it’s hard to digest.

But what about individuals who use old, aging, or outdated hardware and software or avoid current tech altogether? What drives them to do so?


Offered Free by: MakeUseOf
See All Resources from: MakeUseOf